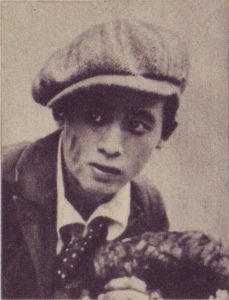 One of the great directors who founded Japanese movie scene. In 1934, he formed a scenario-writing group “Narutakigumi” together with Sadao Yamanaka, Eisuke Takizawa, Shintaro Mimura, Fuji Yahiro and others, and directed many films sｔarring Chiezo Kataoka, Tsumasaburo Bando, etc. He was also highly acclaimed overseas. For example, he received the Academy Foreign Language Film Award with “Musashi Miyamoto” in 1955 and received the Golden Lion Award at Venice International Film Festival for his “Muhomatsu no Issho (The Rikshaw Man)” in 1958, which is a remake of his own film starring Tsumasaburo Bando, this time starring Toshiro Mifune. He died on May 21, 1980.