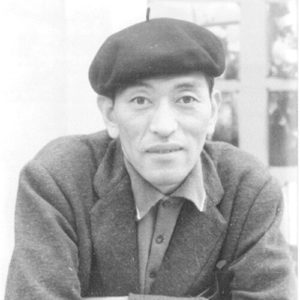 He debuted as a movie director with “Tange Sazen: Kokezaru no Tsubo (Tange Sazen: The Kokezaru Pot).” He was one of “the Daiei trio” together with Tokuzo Tanaka and Kazuo Ikehiro, who supported the Daiei shooting studio in its prime. He established his position as a great period film director by the “Zatoichi” series starring Shintaro Katsu, and “Ken (The Sword)” and “Nemuri Kyoshiro” series starring Raizo Ichikawa. The spectacular scenes in the film version of “Kozure Okami(Baby Cart)” starring Tomisaburo Wakayama made a big impact on Sam Raimi and others in film industry. He received the 11th Galaxy award for his TV drama “Tenno no Seiki (The century of the emperor).” On September 24, 1975, he died from liver cancer.