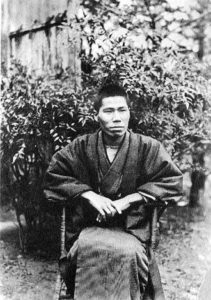 Kajii founded a literary coterie magazine, Aozora (Blue Skies) in 1925 and published Remon (The Lemon) in the magazine. He had been inspired much by Naoya Shiga and wrote stories with simple and poetic depiction. Kajii passed away soon after his literary career began to take off. His books gradually received recognition after his death, and today they are characterized as classics in modern Japanese literature. He often expressed his personal feelings in his novels and many of those included struggles with his diseases. Kajii died of lung tuberculosis on March 24, 1932.