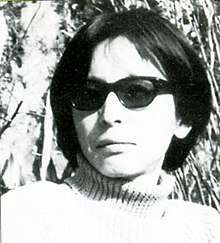 Shibusawa graduated from a master’s course at the Tokyo University, but he couldn’t work after his graduation because of lung tuberculosis. He translated Jean Cocteau’s Le Grand Ecart and published for the first time as Ōmatabirak(Hakususha, 1954). It is said that his translation activity had been started even before entering the university. During that time, his father passed away unexpectedly, and he started to work part time as a home-based proofreader for Iwanami Bookstore. Shibukawa founded a literary coterie magazine, Janru (Genre), with his friends Yūkō Deguchi and Kyō Nozawa in 1955. He also wrote Bokumetsu no Fu (The Song of the Eradication) and Epikurosu no Rokkotsu (The Rib of Epicurus). In his later years, he won the 39th Yomiuri Prize in Literature for his last piece,Takaoka Shinnō Kōkai-ki (The Voyages of Prince Takaoka). Shibukawa died of rupture of carotid aneurysm while reading in bed on August 5, 1987.