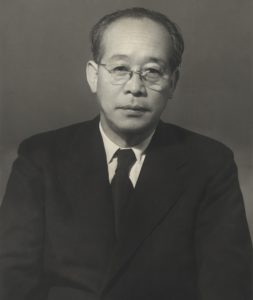 In 1952, he wasn’t blessed with a hit and was said to retire in no time. But on this year, his “Saikaku Ichidai Onna (The Life of Oharu)” didn’t become a hit, but received the International Award at Venice International Film Festival, which made a change in his career. In 1953, “Ugetsu Monogatari (Tales of the Pale and Silvery Moon after the Rain),” and in 1954, “Sansho Dayu (Sansho the Bailiff),” respectively received the Silver Lion Awards in the same festival. Receiving awards three years in a row in this festival is an unprecedented achievement for a Japanese director. He is one of the masters comparable to Akira Kurosawa, Yasujiro Ozu, Keisuke Kinoshita, Mikio Naruse, etc. 2006 is the 50th anniversary of his death, and special events took place such as the release of his DVD box and his feature screenings at movie theaters, which drew people’s attention again. On August 24, 1956, he died of leukemia in Kyoto, just after finishing the shooting of “Akasen Chitai (Street of Shame).”