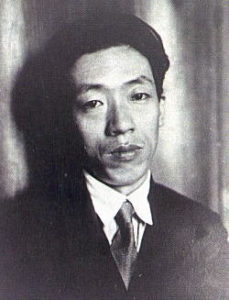 Takiji Kobayashi took to writing and began submitting his works to literary magazines while in university. He also served as an editorial staff for the university’s literary magazine and published his own work in the magazine. He was taught by Professor Nobuyuki Okuma who was a poet himself at the university. In 1929, Takiji published Kanikosen (“Crab-Canning Boat”) in the literary magazine, Senki (“The War Flag”), and came under the spotlight as a flagman of proletarian literature, thus becoming the secretary general of Japan Proletarian Writers Association. In 1931, Takiji joined the Japanese Communist Party. In 1933, he was arrested and was killed by police brutality. Takiji sent his last work, Tou Seikatsusha (“Liver of the Party “) over to the editorial desk of Chuo-Koron Publishing which ran the work under the tentative title of Tenkan Jidai (“Era of Transition”) in Chuo-Koron magazine as Takiji’s posthumous work.