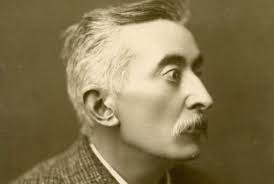 Yakumo Koizumi’s well-known name, Lafcadio, is his middle-name. Because of his doubts about Catholicism doctrine, Koizumi dared not to use his first name. He was first called “Herun” upon arrival in Japan instead of “Hearn”. However, Koizumi liked that roman pronunciation so much, he kept “Herun” as his name when he took up a teaching position at Shimane Prefectural Middle School. Koizumi’s old residence in Matsue is registered as a national historical site in 1940. He died of cardiac angina in his home on Sept. 26, 1904.